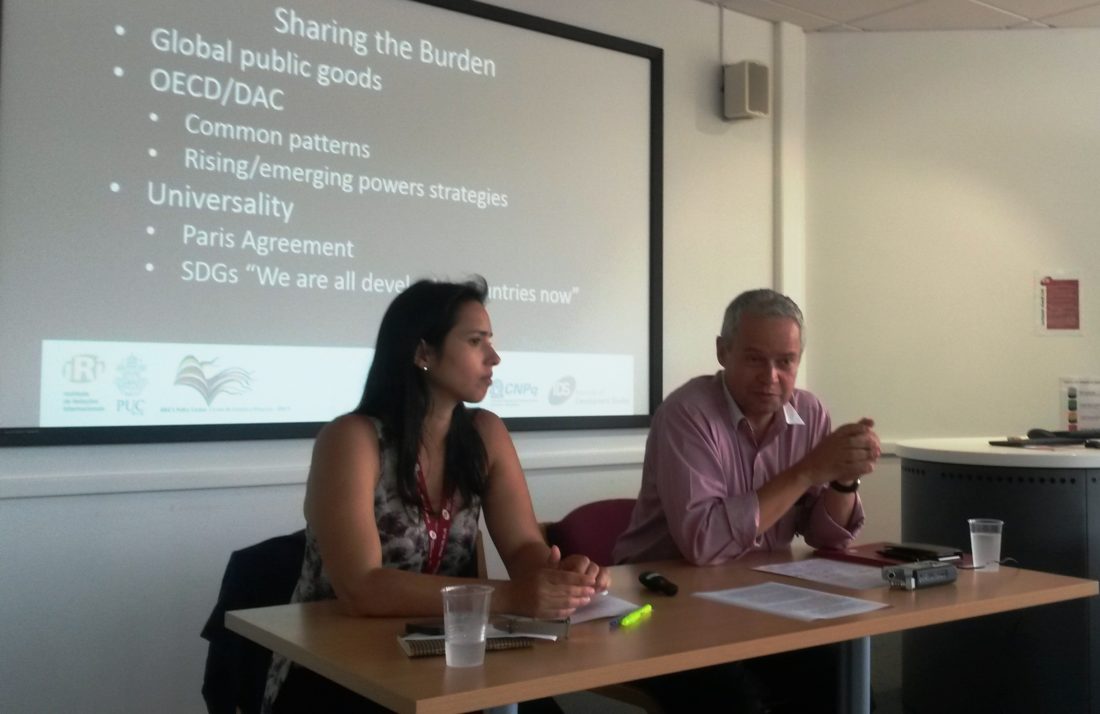 On June 20th and 21th, 2017, BPC’s General Supervisor, Prof. Paulo Esteves, visited the Institute of Development Studies (IDS) of the University of Sussex. The University of Sussex was ranked the best university in the world for development studies in 2017. He took part of meetings that aimed to expand teaching and research partnerships, along with Visiting Researcher Geovana Zoccal from the BPC, based in the IDS since March, 2017. Professor Esteves also presented a seminar about the BRICS effect: “The BRICS Effect: The Impact of South-South Cooperation in the Social Field of International Development Cooperation”.

The presentation focused on the South-South Cooperation impact on principles and practices established in the International Cooperation for Development field. During the seminar they both talked about the recent and important changes in the international development field, the relations between traditional donors and new actors, as well as the normative challenges and changes that could be brought by the universalization of the Sustainable Development Goals.