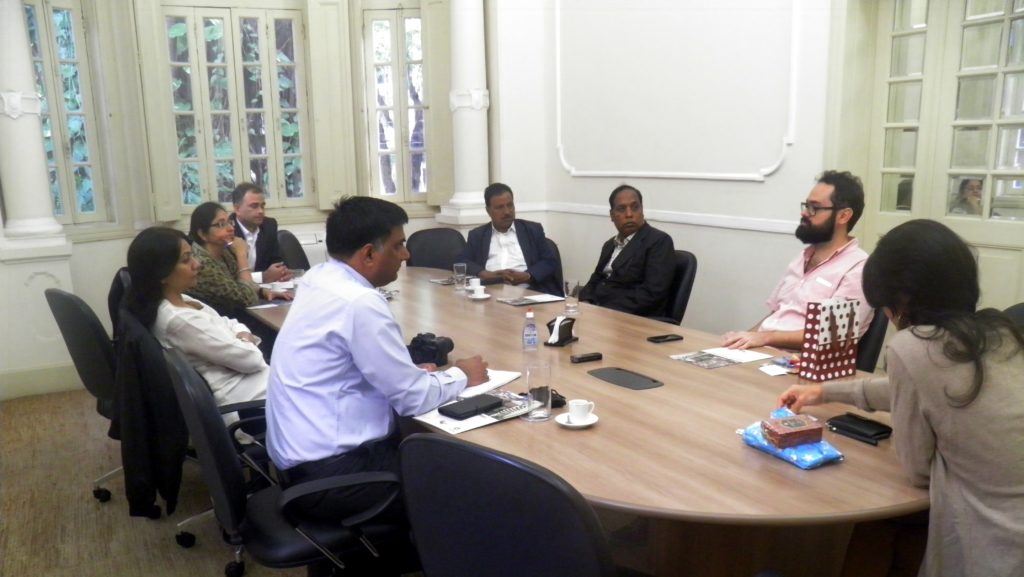 On June 27, Professor Sérgio Veloso and the BPC Administrative Coordinator Lia Lopes received a delegation composed of six researchers from Jawaharlal Nehru University (JNU), School of International Studies (SIS), and the Indian Institute of Management Indore). Indian researchers and professors came to present the project “BRICS: An Alternative Vision of Transregional Co-operation from the Global South” led by Professor Ajay Patnaik (SIS and JNU). The project involves the publication of a book on different topics between economics, culture, politics of the BRICS countries and the South-Global and workshops. In addition to presenting the project, the meeting aimed to identify a possible partnership with the BPC.