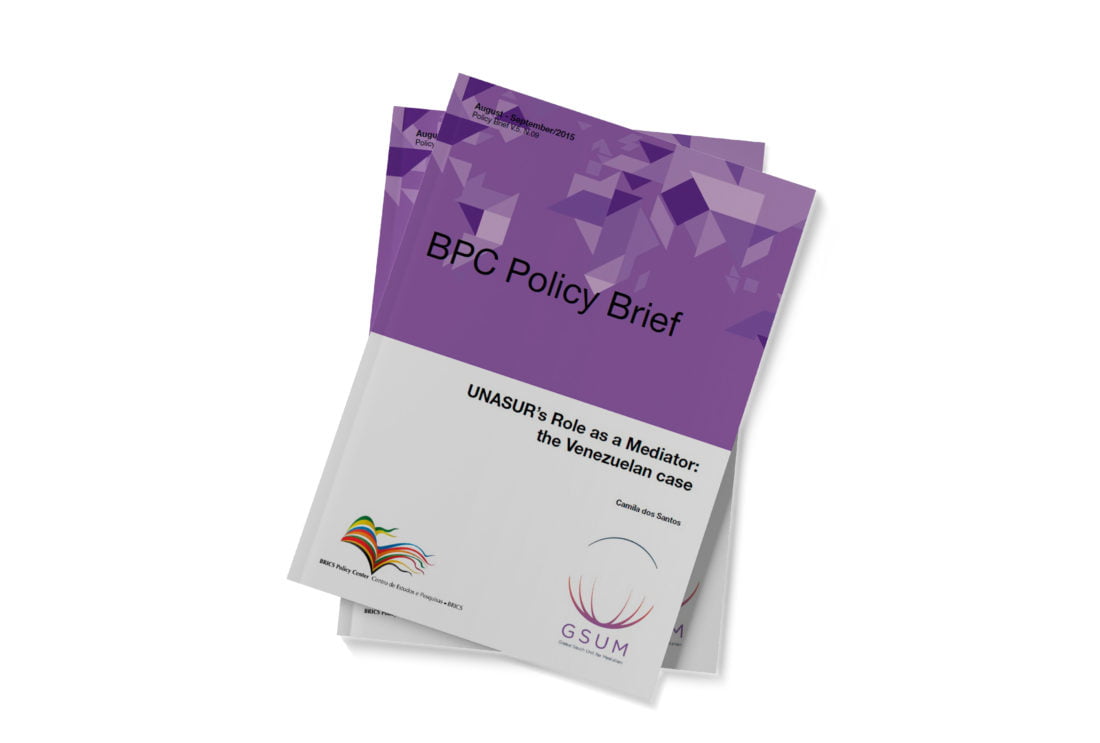 UNASUR’s Role as a Mediator: the Venezuelan case

Given the worsening of the Venezuelan crisis after the death of President Hugo Chavez in March 2013, the Union of South American Nations (UNASUR) has developed a key role in mediating and monitoring the internal conflict that divides the country. However, the initiatives undertaken by the bloc appear to face a dilemma around the defense of democracy and human rights, which is reflected in the dialogue established between opposition and government.

In “UNASUR’s Role as a Mediator: the Venezuelan case”, Camila dos Santos* analyzes the opportunities and challenges UNASUR  faces when it comes to conflict mediation, in an attempt to understand how and to what extent its mediation practices contribute to the resolution of the recent crisis in Venezuela. Therefore, UNASUR’s democratic clause is analyzed as an important constituent element of its identity, through which electoral democracy is used as a central principle in resolving the crisis.