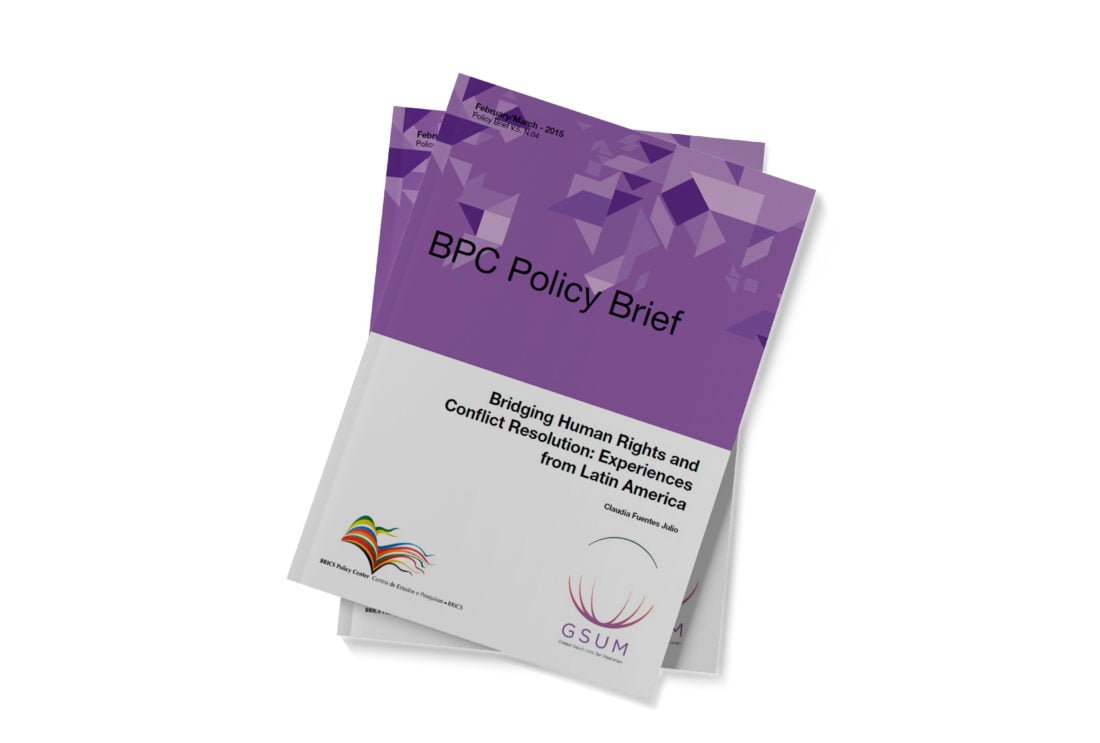 This Policy Brief focuses on the relationship between human rights and conflict resolution, examining the ways in which Latin American states and societies during the democratization process positively complemented two fields that have traditionally been viewed as at odds with one another. Indeed, these two fields are often perceived as being in competition as if the imperatives of “justice and peace” were inherently and necessarily in conflict between each other. Joining a fairly recent and still limited academic and practitioners’ efforts to better understand the complementary between human rights advocacy and conflict prevention and management, this brief explores this complex relationship in light of the return of democracy since late 1980s in South America and the end of the internal conflicts in Central America in late 1990s . It argues that the Latin American experience shows important synergies between these two fields, a complementarity that has been fundamental for laying the foundations for more peaceful, just, and reconciled societies.